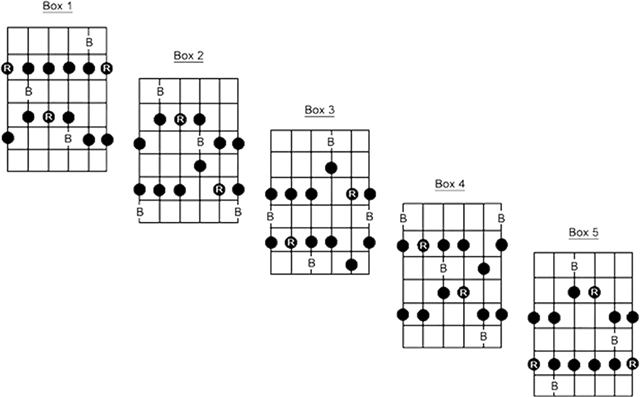 The pentatonic scale is the most common scale used for playing rock lead because it sounds great over every chord change in a key, and you can begin to make music with it almost immediately. There are three ways to play the pentatonic scale pattern/boxes for lead guitar solo:

The advantage of the pentatonic scale patterns/boxes is that you can use the patterns/boxes to satisfy all three of these musical settings. This is an unbelievable stroke of luck for beginning guitarists, and you can apply a shortcut, a quick mental calculation, that allows you to instantly wail away in a major-key song, a minor-key song, or a blues song — simply by performing what is essentially a musical parlor trick. This is a great quick-fix solution to get you playing decent-sounding music virtually instantly.

Source: How to Use the Pentatonic Scale in a Lead Guitar Solo